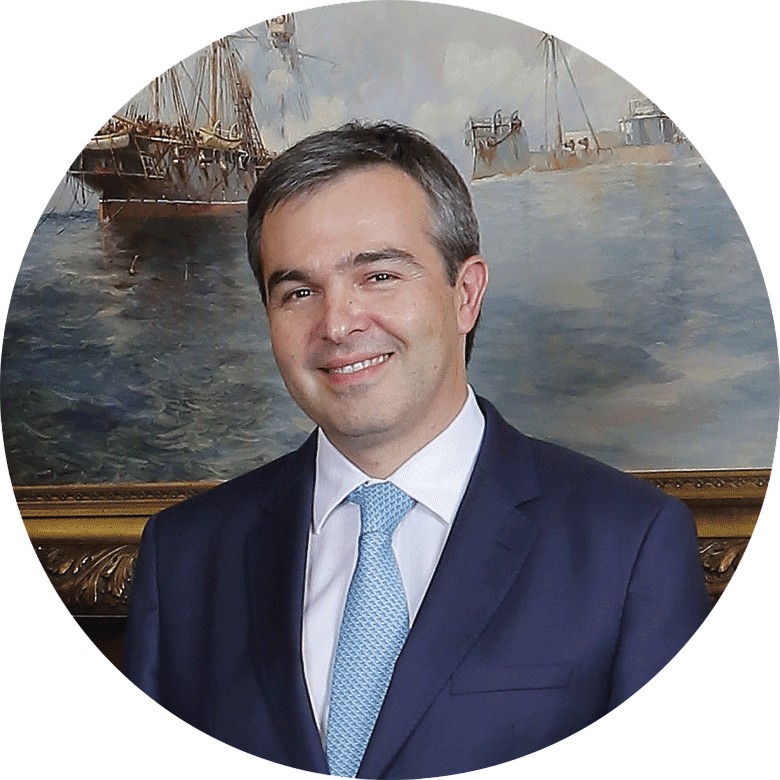 JUAN PABLO ARAYA MARCO was appointed General Counsel and Attestor of the Central Bank of Chile in June 2014.

Previously, he held the positions of General Counsel of the Chilean Association of Banks and Financial Institutions; director and member of the Executive Committee of Sinacofi; and legal advisor to the interbank securities depository, Sociedad Interbancaria de Depósito de Valores S.A.

In 2001, he served as a lawyer in the Legal Division of the Banco del Desarrollo and the following year as a lawyer in Banlegal, a banking activities support company of Banco de Chile.

Also in 2002, he took the post of lawyer with the Securities Legal Department of the Superintendence of Securities and Insurance, where his responsibilities included the provision of legal advice in areas such as the regulation and supervision of listed corporations, the public offering of securities, securities exchanges, stock brokers, securities dealers, mutual funds, investment funds and third-party fund management companies; and the revision and approval of issues of stocks, bonds, securitizations, commercial papers, and so forth.

Mr. Araya joined the Central Bank in 2004, serving as a senior lawyer in the Office of the General Counsel through 2012. In that capacity, he provided legal advice on the Bank’s international reserves management and on the fiscal agency for investment abroad of the sovereign funds and the placement of public debt instruments in the local market. On international issues, he represented the Bank as a legal advisor to the government in negotiations on free trade agreements. He also participated in the development and revision of Central Bank regulations on monetary, credit, financial and foreign exchange issues. In 2009 he was interim Secretary General of the Bank.

In 2008 he worked as an international associate at the law firm Simpson, Thacher & Bartlett in New York, where his responsibilities included assisting Latin American companies with the issue and placement of bonds in the North American market, due diligence processes and so forth.

His academic activities include teaching a specialization course in “Business Financing” at the Diego Portales University Law School.