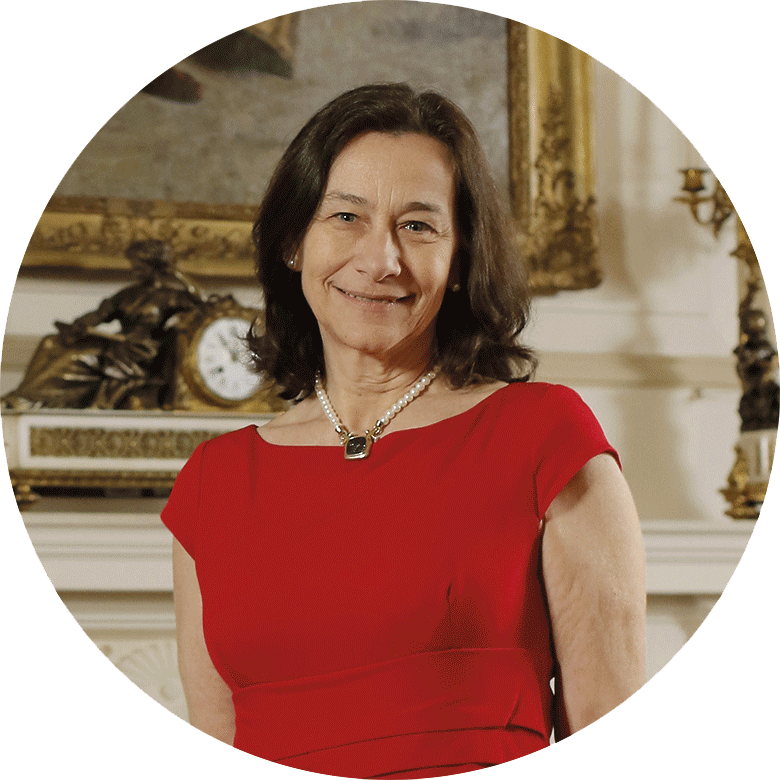 ROSANNA COSTA COSTA was appointed Board Member of the Central Bank of Chile in January 2017.

Ms. Costa has a bachelor’s degree in business administration with a minor in economics from the Pontifical Catholic University of Chile.

At the time of her appointment to the Board, she had been serving as Deputy Director of the Liberty and Development Institute (Instituto Libertad y Desarrollo) since June 2014 and was also on the Board of the National Productivity Commission and the Advisory Commission on Technical Education.

From 2010 to 2013, Ms. Costa held the position of National Budget Director at the Ministry of Finance. Previously, from 1993 to 2010, she was the Economics Program Director at the Liberty and Development Institute, where she researched issues related to fiscal and labor policy, modernization of the state, and capital markets. From 1984 to 1992, she worked as an economist at the Central Bank of Chile, in the areas of national accounts, research, and monetary policy.

Ms. Costa was a member of the Presidential Commission on Pension Reform in 2006, the Presidential Commission on Labor and Equity in 2008, and, more recently, the Advisory Council against Conflicts of Interest, Influence Trafficking, and Corruption. Other past positions include Director of the State-owned Firms System (SEP), Board Member of the Senior Public Management System (CADP), Director of Comunidad Mujer, Member of the Icare Human Resources Circle, and Member of the Governing Council of the Master’s Program in Management and Public Policy at the Adolfo Ibáñez University.