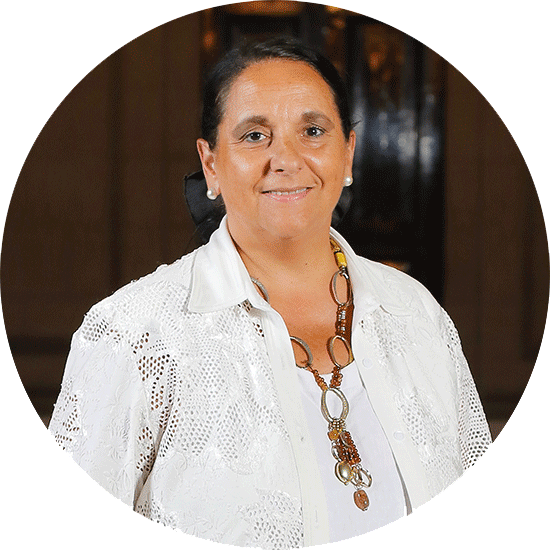 CECILIA FELIÚ C. was appointed Treasury Manager of the Central Bank of Chile in October 2012, having previously been Human Resources Manager since February 2004.

Mrs. Feliú has a degree in Business Studies with mention in Economics from the University of Chile (1985) and studied business administration at ESMA, Barcelona, Spain (1985-1986).

She was previously Head of the Studies Department (1996) which in 2003 became the Department of Analysis of current events and situations. In this role she was responsible for coordinating and editing the Monetary Policy Report and the minutes of the monthly Monetary Policy Meetings. She acted as spokesperson for the Central Bank to IMF missions on matters relating to monetary information.

During 2000, the Bank Board appointed her Executive Secretary of the Governor's Cabinet, while continuing with her Research Department functions, which made her responsible, among other things, for coordinating the pre-Board Meetings. Also, together with the Vice-Governor, she took part in designing and discussion of the Central Bank directives.

Prior to these positions, she had been Head of the Monetary Area of the Central Bank since 1992, the department she had joined in 1988 as economic analyst. She had also worked in the National Accounts Department in 1987, developing the Input-Output Matrix base 1986.

Mrs. Feliú has taken part in writing several publications on methodologies of real exchange calculation and analysis, baskets of currencies used for determining nominal exchange rate and currencies to be considered for foreign reserves, monetary and financial statistics. She has contributed to various analyses and discussions on communicational policies and transparency in central banks around the world.

In the Human Resources area, she led the new model of people management practices, focusing on career development, modernization of the structure of positions, salaries and flexible benefits, and on putting in place competency-based approaches and updating the system of evaluating performance and incentives.